"Pretty ironic that a box full of rubbers landed me in a town full of plastics."
—Tessa Altman, "Pilot"

Tessa  Altman is the main protaganist on the ABC TV show Suburgatory. She lives with her Father George Altman in Chatswin after moving from New York. She is a quirky, intellectual, rather cynical, and sarcastic teenage girl who is portrayed as an icon of sanity in a rather insane upper middle class suburban town. She is played by actress Jane Levy.

Tessa Altman was born to George Altman and a mother Alex. Shortly after Tessa was born, her mother dropped out of her life and she was left under care of her father, George, who was providing for Tessa with his job as an architect. They both lived in New York, which George later found as an unstable environment to raise his daughter. George was then pushed over the edge when he performed an unauthorised search-and-check in Tessa's room, and discovered an unopened box of condoms in the drawer of her nightstand, which Tessa was stashing for a friend, which he did not believe. All this stated to happen prior to Pilot. She was a very ordinary New York teenager until George pulled Tessa out of school and packed up their belongings, therefore 'bubble-wrapping' her life, and shipped her off to live in a very clean-cut suburb located in the town of Chatswin. When Tessa moves into her new 'Circus Peanut'- coloured home, she imagines her new suburban life as The Stepford Wives, where she encounters big-haired, synthetic-breasted Franken-mothers with their Sugar Free Red Bull-chugging children and the over-manicured lawns. She even states that some people find New York intimidating, though she states that the Suburbanites are the type she could picture feasting upon their very own children.

She uses her dry wit and sarcastic sense of humor to defeat whatever she comes across, whether it's either her next-door suburban moms, Dallas Royce, and Sheila Shay, or their daughters. There is Dallas's daughter - the self-absorbed, vacuous valley girl, Dalia (who is convinced Tessa is a lesbian because of the grungy clothing and combat boots she wears) who is the Malibu Barbie type, only with more mascara and less emotion. As well as the rather socially awkward Lisa Shay (who Tessa is shown to have befriended, as shown at the end of 'Pilot' and throughout the rest of the series.)

She has had limited expirience with romance in her teenage years, though prior to taking part in having an intimate relationship with her jock suburban neighbor, Ryan Shay (also Lisa's brother), Tessa revealed her first kiss occured underneath a ladder. She also grabbed a "neurotic, self-loathing Jew" named Evan by the collar and kissed him, trying to form feelings for somebody other than Ryan.

In the episode Driving Miss Dalia, she makes her first encounter with Scott Strauss, who admits he went on a date with Dalia - who was being driven by Tessa - just to spend more time with Tessa. They begin a relationship, which in The Casino Trip, Tessa wishes to take to the 'physical level', but Scott wants to take it slow and by explaining it was because he had seen a vaginal birth on his trip to Africa. He then ruined their evening and left. Their relationship ends when Tessa visits him at his house and he offers to push their relationship into the physical level as well as giving George a goat, but she breaks up with him as she was getting irritated by his persistence to talk about his trip to Africa.

Tessa is the daughter of George Altman, an architect and the identity of her mother is not revealed. All that is know about Mrs. Altman is that she was "gone quickly after the umbilical cord was cut", as said by Tessa at the beginning of the episode after explaining her strong hate of New York and Suburban mothers. Also, Sheila yells to George from outside while she is watering her lawn to tell his wife she will be dropping off a pot roast. George replies, in holler, that he doesn't have a wife and apparently the news travels quick, as later that day, Dallas Royce knows. ("Pilot")

Later, Fred, Sheila Shay's husband questions George about his wife. George denies comment, though Sheila heckles him into admitting that him and Mrs. Altman split after 3 years. Fred also called it "George's failed marriage". Later, when George and Tessa are eating barbeque on the back porch, George said that he used to know a "beautiful woman who he could not stand" and Tessa said she loves hearing stories about her mother. ("The Barbeque")

In "Independence Day", George meets with Tessa's grandmother after reading Tessa's poem about her absent mother. They end up arguing like in-laws do. We also find out Tessa's mom is named Alex and Tessa apparently looks like her and has a similar personality.

In the season finale, "The Motherload", Eden worries about Tessa not being sensitive enough about her absent mother. She pretends not to worry as Chatswin celebrates its mothers during the day. Though, later Tessa drives by overlooking all the Mother's Day festivities occuring throughout Chatswin and slowing starts to tear up. When she gets out of the car, we hear a "Tessa", and Tessa turns around to see a woman she recongnized from photos - her grandma. Tessa said she wasn't only looking at the grandmother she never had, but a way to get out of Suburbia.

Tessa's appearance is often found disturbing by her peers; for example, the motorcycle boots she wears on her first day of school leads Dalia to speculate that Tessa is a lesbian, which is false. She has shoulder-length light auburn hair with blue eyes. She is very slender and fair-skinned. She wears simple-colored attire, normally with brown, green, gray, pale orange or black. She sometimes wears dresses over T-shirts with leggings. She usually wears boots with her outfits

On two occasions she has been forced or obliged into flip-flopping her normal dress code, both times when Tessa was impersonating a suburban girl - once as "The Mall Skank", her wearing a mini-skirt and a top that reveals her midriff, accesorized with high-heeled shoes and a faux hair weave to match her natural hair color. The second time was in "Halloween" when she dressed as "departed" suburban girl Misty - an outfit consisting of Misty's signature bright blue velour sweat suit finished off with high-heels, a leather handbag on her forearm, coffee drink and of course, Tessa also wore Misty's nasty old hair Bump-It. Also, Dalia made Tessa try on a sparkly white and silver dress that Tessa at first was reluctant to try on, but ended up loving and wearing to her sweet sixteen birthday party. On all three of these occasions, she quickly reverted back to her normal look though.

Also, Tessa was forced to try on a tacky pink number, complete with a furry vest and a pair of bejewled goggles that matched Dalia's. Aside from Dallas (who considers Tessa's personal style off-putting) purchasing Tessa a bra, she attempted to buy her a pair of "heterosexual dress shoes".

She dislikes "girly" decorations, as she took disgust in the tacky wallpaper hung up on the walls of her new bedroom, as well as the equally tacky kitten-shaped wall clock. Though, later on she admits she's rather attached to the clock because it has grown on her.

"Pretty ironic that a box full of rubbers landed me in a town full of plastic."

Dalia Royce: "Are you a lesbian?"
Tessa Altman: "You mean because I’m not dressed like I have a pole in my locker?"
Dalia Royce: "Those are lesbian boots"

"Have you tried running her over with your car? That's creative."

"I'm familiar with the rules of wussiosity."

Tessa: "I am being consumed by my desire for something. Something that is not good for me."

"I am a sick, diseased Gentoo penguin and I'm dying here!"

"As Ryan and his six-pack walking out of the laundry room..."

"Again with the pudding!"

“She said she was just being neighborly but it was pretty obvious she was trying to co-parent. One capfull at a time.”

"Don't you think it's time you hung up those mom jeans and went back to being a dad?"

“This place is all bitches, backstabbers and botox.”

“In the city, if someone called the cops over missing dolls, they’d be arrested.”

"Dalia? Did I accidentally summon you?"

"Had I gotten away with the perfect crime or was I being played like a game of Words With Friends?"

"At the risk of sounding negative, people around here are stupid...and wasteful."

Mr. Wolfe: "Tessa, do you know what this is?"
Tessa: "A dramatic mood shift?"

"I sent a homeless lady man countertop appliances and she doesn’t even have a countertop.”

"I was going to look really pretty next to that pony."

"There were a lot of heads but none of those heads were my friends’ heads."

"They say diamonds are a girl’s best friend but in my case they were wrong. These nerds were." 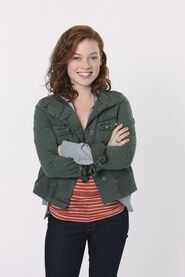 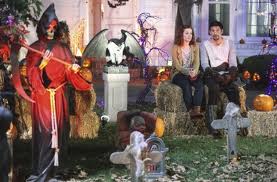 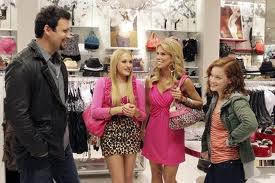 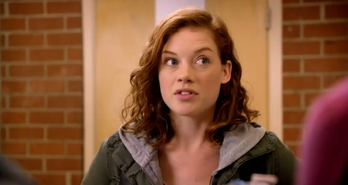 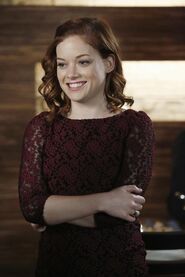 Add a photo to this gallery

Retrieved from "https://suburgatory.fandom.com/wiki/Tessa_Altman?oldid=6812"
Community content is available under CC-BY-SA unless otherwise noted.